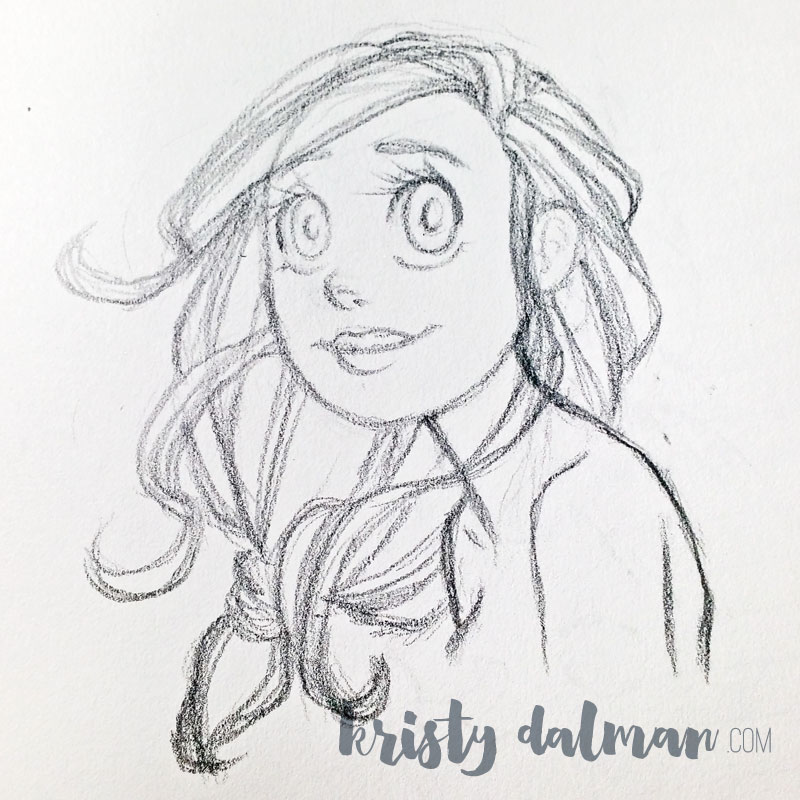 Jan 25 Between the Real and the Odd

Art is always an evolution and lately I’ve been playing around in my Ballpoint Pen Sketchbook, seeing if I could get something part way between my realistic style and my Odd style.

Here’s what I came up with…

What do you think?

An need smish of both worlds. Kaylee and her crew look nothing like, at 6 years old, that they did in year one, and while I don’t foresee them having any giant changes coming up, bridging that gap and seeing where it takes me is another art adventure. The style I use for Some Odd Girl is one I developed all on my own, grown over time, and though its been copied (which is flattering and sad), its all my own and I can’t see giving it up completely. What a ball buster that would be, right?

That said I’ve only played around with the face and head, when I’m happy there we’ll see what happens. Who knows, maybe she’ll have tentacles and claw hands, nom nom!

I mentioned my Ballpoint Pen Sketchbook earlier and this sketch actually is pencil and not from there but it came up unexpectedly, I’ll share the sketchbook another time. 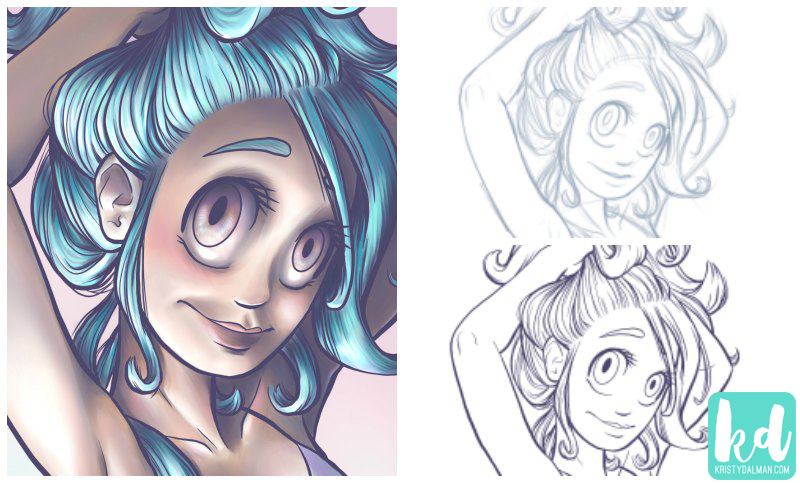 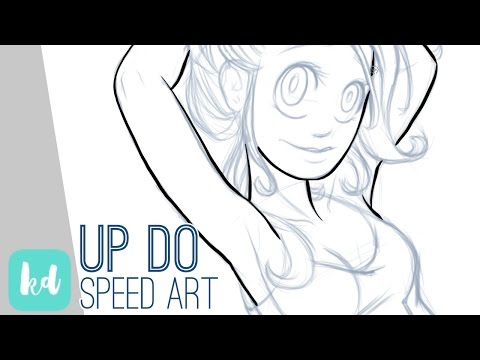