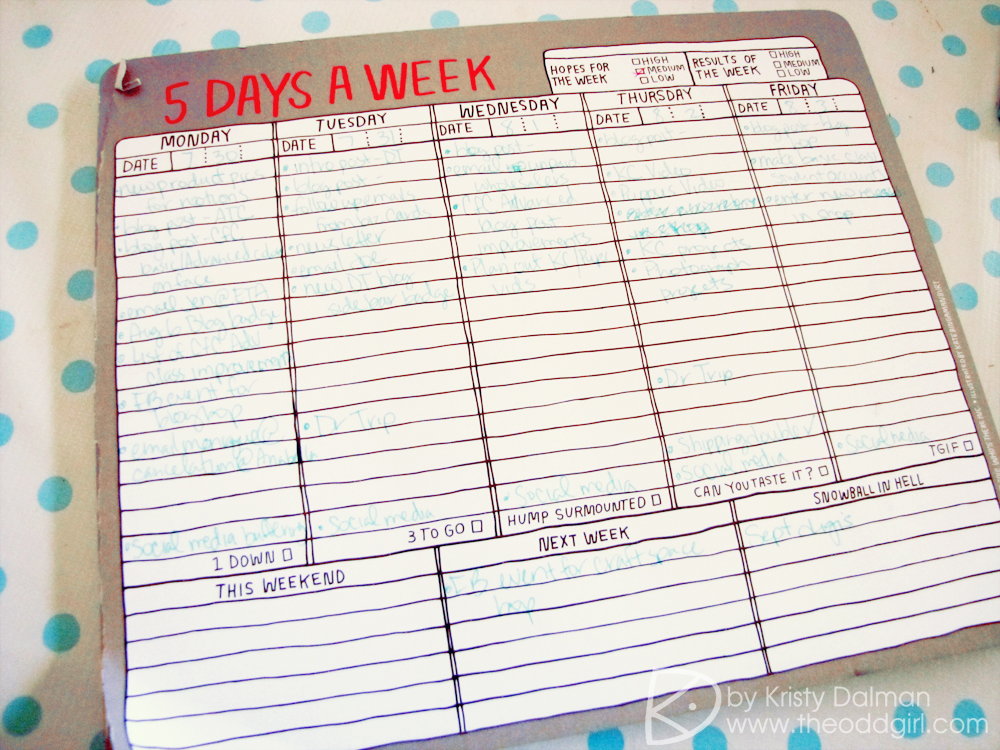 Coming back from CHA I had a whirlwind and a half to do and deal with (which was fab btw) and while I’m good at making the To Do list I wasn’t actually taking my To Do list and “scheduling” it. There is a difference between knowing you have an empire state building tall list of things that need to be done and a plan for getting them done. Before I would work until really really late trying to knock as many things off that list as possible then get up the next day to add more and do it again.

Was that the smartest course of action? At the time I thought so. Got to get it done, right?

Then on our last day in Chicago we stopped by the Dick Blick store. I swear I heard angels sing as we pulled up and walked in. All the actual art stores in my area have closed. We just have big box Michael’s, Hobby Lobby and JoAnns. While I like them they aren’t Art Stores. There’s a difference. *sniffsniffartsnobsniff*

I found this 5 Days a Week pad of paper in some of the tables with fun odds and ends up front and almost didn’t get it but I’m seriously glad I did. After I got it home it was like a light bulb moment! I took my giant To Do list and broke it down across the days of the week. Do you know how mentally freeing it is to know that by the end of the week it will all be done? AND if I get today’s stuff done I’m done for the day?! What?!

OMG we have a winner! I might take days off now, have more time to craft, read more books… I don’t know, just do other stuff!

The pad is funny and perfect. I don’t usually keep my lists on paper (whiteboard and phone/tablet) but while I still have those master lists going this pad is my new bestie. The side of the pad says its from Knock Knock Stuff.com so if you want one of other stuff there ya go. No paid plug or anything (though if they want to ship me more pads who am I to argue) I just love this thing and what it means for my sanity 🙂

So spill! How do you keep yourself organized and sane? 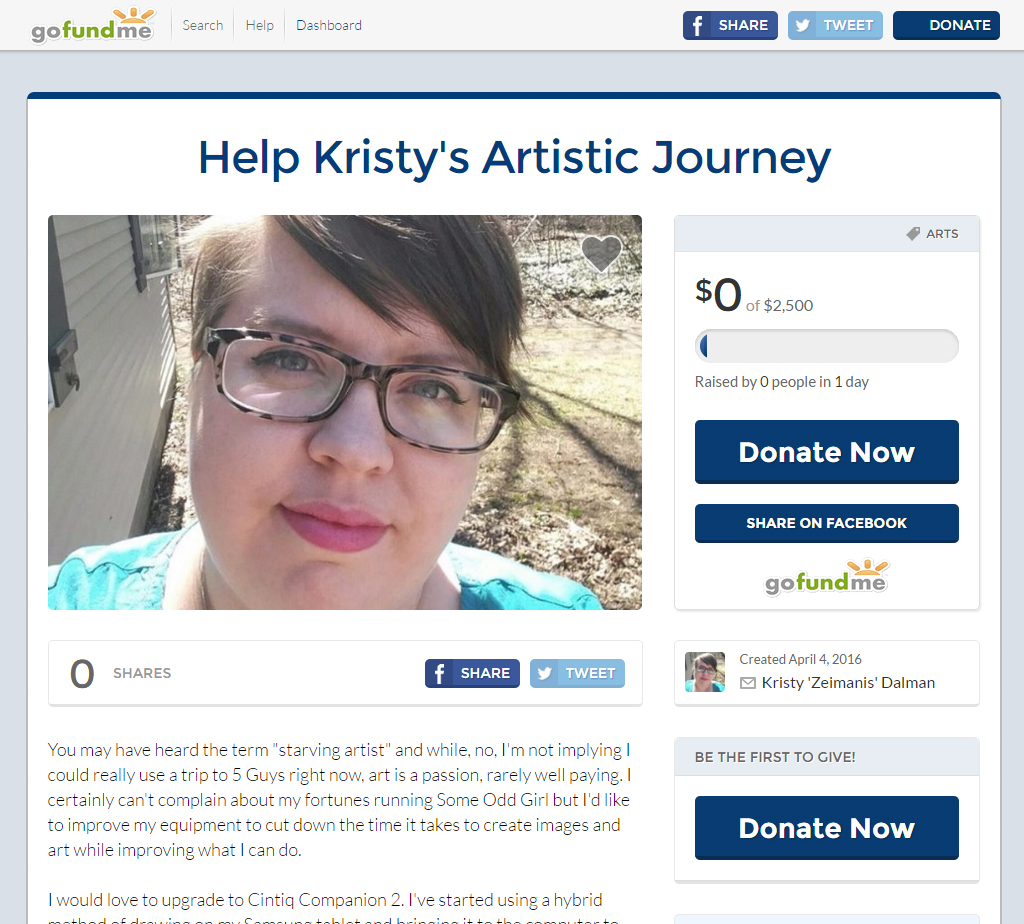 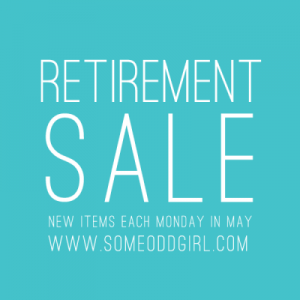 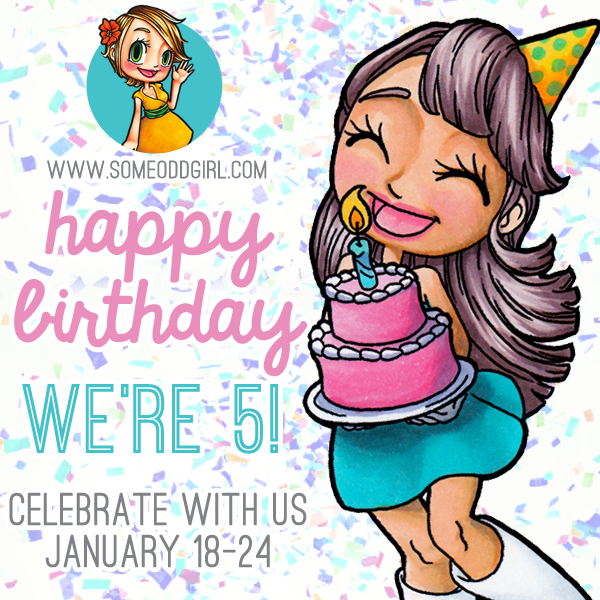